The Higher self Network

As the mechanics of the Higher self developmentally transform our qualities and vehicles into networked conduits, and strengthen in their connective integrity, our “information paths” are able to transmit and integrate a greater quantity and quality of informational energy smoothly, release stagnant sediment, and disentangle entanglements, our overall ability to coordinate articulately through and between the network of our Six bodies becomes natural, and a further shift occurs from this unified alliance, and the developmental transformation that moves us through the path of our Higher self accelerates exponentially.

Furthermore through the release of tether, bindings and sediment within our networked conduits, by natural default perceptual awareness and discernment become clearer,  enabling a precise sense of knowing, also defined as Higher intuition and psychic ability.  Demystify the mystery some may have to words such as “psychic,” and in function these abilities can be understood simply as 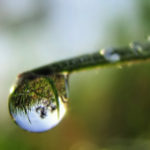 a result of what occurs through the development of our “information paths” and networks, which through the releasing of tether, bindings and obstructive and obscuring sediment, results in greater clarity, deepening, broadening and expansion of perceptual awareness.  Free of obscuration we are able to both see what already existed beneath the sediment, and also perceive a larger scope within the spectrum of dimensional formation.  Within this spectrum are the levels of dimensional formation which are commonly defined as the psychic dimensions.

Specific development of these all of the psychic senses is not the primary purpose of Meditation Mastery, though the incidental development of these abilities can often occur as the qualities, vehicles and mechanics of this practice release tether, bindings, obstruction and obscuration.  The simple reason that psychic development is instructed through an advanced module, “Psychic Mastery” instead, is in order to accustom the perceptual awareness in coordinating and passing through internal, physical dimensional formations.  This is most optimally achieved by focusing and concentrating specifically on this singular goal.  Since the physical body has the potential to develop psychic insight and perceptual awareness  through five senses, without the foundational qualities and vehicles developed in Meditation Mastery, attempting to develop in five areas, without these qualities and vehicles will commonly result in all the requirements necessary for psychic development to be either deficient or absent, with the consequence being that development is often significantly diffuse and ability functionally deficient.