The elements that compose our being have been defined in many ways by many Masters, teachers, systems and lineages.  In modern day, it is not uncommon for even non-practitioners to know and utilize the concept and terminology of mind, body and Spirit in their communication.  Word, concept, principle and definition of these specifics varies widely dependent on the culture, society, system and lineage, with for instance some schools defining the composition of our being as being comprised of four, five, six, seven, eight or more bodies.   In some cases there truly is difference in understanding, goal and as a consequence word, concept and principle.  Yet in others cases, differences are simply due to the way and methodology that Masters, lineages and systems have chosen as most functional in the context of their culture, society and time.  Deeper reciprocal investigation and experience in these cases has revealed that while the methodology may appear immensely different, that the ultimate goal is the same. 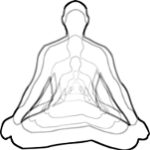 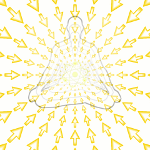 The knowledge and instruction that has been passed down through the lineages which compose the Guild utilize the model of our being as comprised of six fundamental bodies.  These being the physical, mental, emotional, energy, Spiritual and Karmic bodies.  The mechanics of our methods and practices function to educate and developmentally transform each of these Six bodies with the specific qualities required for opening the path of the Higher self, enabling passage through the path, and ultimately attaining Enlightenment.  The composition of our being, comprised of the Six bodies, is presently “what is” when Enlightenment has not yet been attained, however in the opening and passing through of the Higher self path, fabricated tethers, bindings and obstructions are released in the act of moving through this passage, and as tether, binding and obstruction are released, additive formations and fabrications too are released, and as such how we know and experience ourselves upon attainment of Enlightenment is utterly different from how we perceived ourselves as well as commonly how we assumed the experience of 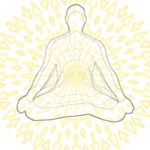 Enlightenment to be when we began. 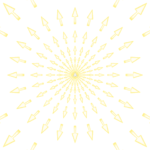 All human beings can with sufficient perceptual awareness hear, feel or in some way sense the call of the Higher self.  The formation of this expression may be experienced in various ways.  For some the sense is clear, for others while their sense of the Higher self may be steadfast, it may feel obscured and distant.  Some will have times of distinct clarity followed by times of seemingly complete disconnection, while for others their experience will be of something immensely precious and sacred absent from their reality and self.

Releasing any and all tethers to the obstructions which obscure our consciousness and the connective network of all Six bodies to the Higher self, occurs through training the perceptual awareness to pass through subtler and subtler levels of dimensional formation.  This could be compared to dissolving  solid paint on a window, which  in doing so allows us to both view what is outside the window and for light from the outside to naturally enter the room.  Similarly, as our perceptual awareness moves through subtler and subtler dimensions of formation, the tethers, bindings and obstructions which obscure our consciousness release and we are able to know and experience a broader, deeper and more expanded spectrum of our multidimensional self, the highest aspect of which is our Higher self.

The Guild methodology engages within our practices and Attunements the mechanics which loosen, dislodge and dissolve the tethers, bindings and obstructions which obscure.  With obscuration diminishing, experience and knowing of our Higher self naturally increases, as does our perception of the path of the Higher self.  As we continually pass through the passage that opens before us, we eventually and inevitably reach origin, pass through this and attain Enlightenment.